Our U3A trip to the Banqueting House 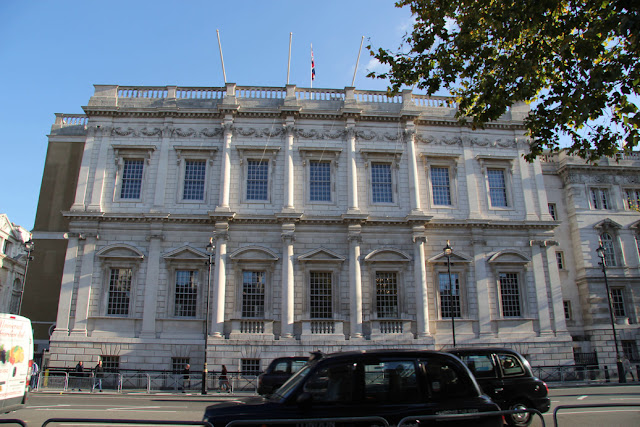 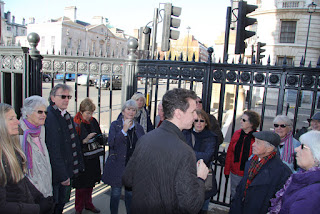 Our November visit was to Whitehall where we had a private tour of the Banqueting House. We heard that the 9-09am from Edenbridge Town had been playing up recently so we had a contingency plan if we should find ourselves without transport. Fortunately, luck was on our side and we made it to London Bridge at the time arranged. 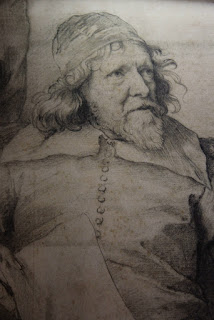 There were 26 of us and we decided to take a slightly less direct route so that we could take in more of the sights rather than going directly on the underground. Our walk across London Bridge was further enhanced by the bright blue sky above us. We were afforded a spectacular view of Tower Bridge, the Tower of London, London City Hall, the Walkie Talkie building, the Gherkin, Hays Galleria and HMS Belfast to the east and St Paul's, Southwark Bridge, Southwark Cathedral, and the Millennium Bridge next to the Globe and Tate Modern to the west. A glance behind us gave us the best close-up view of The Shard, the tallest building in Europe and shooting above other buildings ahead of us was The Monument to the great Fire of London. It all served to remind us of how many iconic buildings we have in our capital city and how tourists from all over the world flock to see them (despite terrorist attacks in the area) 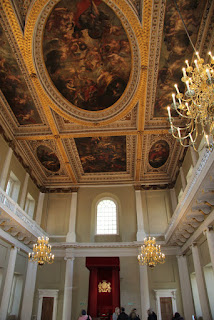 A coffee break next to Monument Underground was the first stop and, after a short tube ride to Embankment, we headed south again on the North Bank, spotting the Millennium Wheel and through Whitehall Gardens with its beautiful architecture and on to the Banqueting House just ahead of the Ministry of Defence and immediately opposite Horse Guards Parade.

We met our guide who gave us a 1 3/4 hour tour of the Banqueting House and the local area. He was extremely knowledgeable and able to answer all of our questions as well as giving us an insight into this fascinating building.The Banqueting House, Whitehall, is the grandest and best known survivor of the Palace of Whitehall, in its time the largest palace in Europe. The building is important in the history of English architecture as the first structure to be completed in the neo-classical style, which was to transform English architecture. 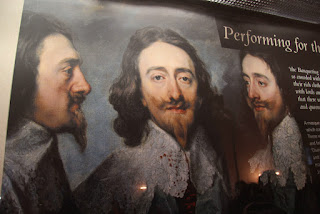 It was built between 1619 and 1622 at a cost of £15,618 and designed by Inigo Jones. The building was controversially re-faced in Portland stone in the 19th century, though the details of the original façade were faithfully preserved. Today, the Banqueting House is a national monument, open to the public and preserved as a Grade I listed building.  It is particularly famous for its Rubens ceiling which is a masterpiece and the only surviving in-situ ceiling painting by Flemish artist, Sir Peter Paul Rubens. It is also one of the most famous works from the golden age of painting. 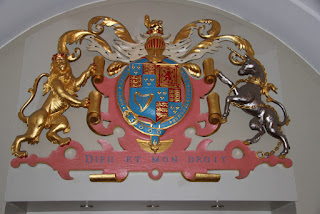 The canvases were painted by Rubens and installed in the hall in 1636. The three main canvasses depict The Union of the Crowns, The Apotheosis of James I and The Peaceful Reign of James I. Most likely commissioned by Charles I in 1629-30, this ceiling was one of his last sights before he lost his head. The King was executed on a scaffold outside on Whitehall in 1649. Our guide showed us the route he took and added an interesting description of the execution.

Our tour outside took in the New Scotland Yard, the Thames, County Hall and 10 Downing Street. We finished with a pleasant lunch in the Cafe in the Crypt of St Martin in the Fields in Trafalgar Square. 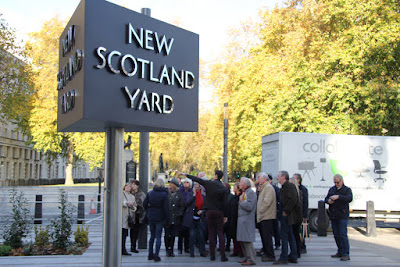 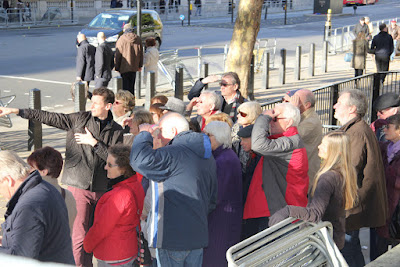 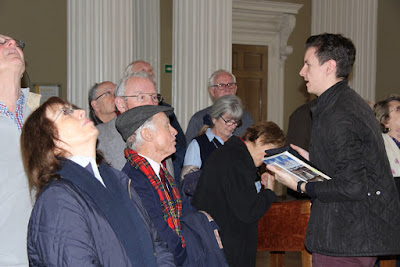 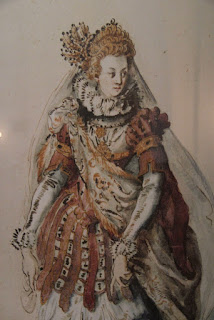 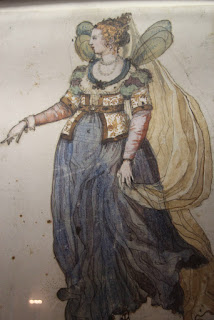 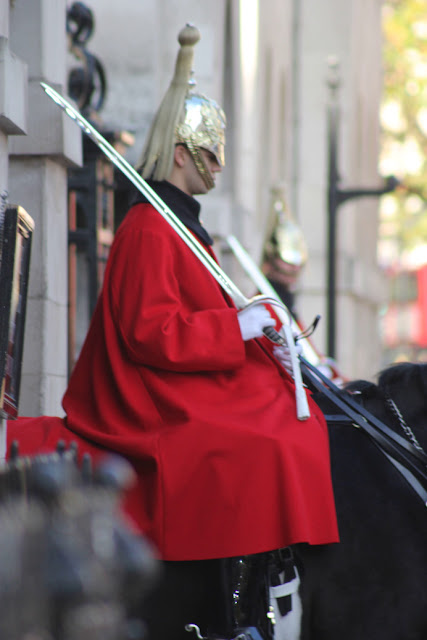